New areas in Ukraine, one of the EU countries satisfied with the administrative reform

Bulgaria, which earlier expressed their dissatisfaction with the administrative-territorial reform in Ukraine, in the end appreciated it.

As reported in his Twitter the Bulgarian Minister of foreign Affairs Ekaterina Zaharieva, Sofia is happy that the Bulgarian community was United in one Bolgrad district of Odessa region.

“Today, in the framework of the administrative reform 74 thousands of Bulgarians in Ukraine were merged into one new administrative district with the center in Bolgrad”, – says Zaharieva.

She expressed gratitude to the Ukrainian government and separately to his Ukrainian counterpart, the foreign Minister Dmitry Kuleba.

We will remind, in may, the Bulgarian Parliament adopted a Declaration which expressed their disagreement with the planned administrative changes in Ukraine and urged the government to take all possible measures to ensure the preservation of the integrity of the Bulgarian community in Bolgrad district. 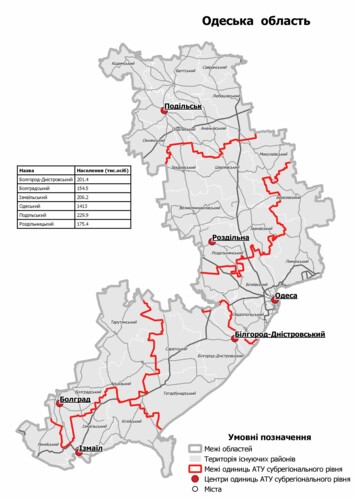 Photo: Ministry of community development and of territories of Ukraine

We will remind that on the eve of the Verkhovna Rada 238 votes passed in the first reading the draft law on the elimination of old areas and creating new ones. Previously, the bill was approved by the Cabinet.

Initially the vote was to be held a few days earlier, but the MP and the head of profile Committee Alexander Kornienko withdrew the draft resolution for revision due to controversial decisions in some areas.

After redistribution of the administrative map of the country in Ukraine is expected the local elections. What’s new for Ukrainians, look in the video: