Explosion near “Shulyavska”: how the subway works

The explosion damaged Windows of the station

This informs the Kiev metro in the message in Facebook.

“A passerby, who received a leg injury, received medical treatment. Damaged Windows station. Circumstances of incident are found out by militiamen working on a place“, – stated in the message. 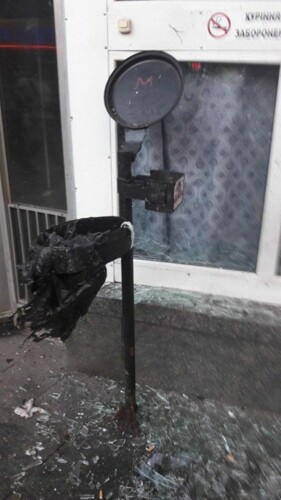 Now the subway is running in normal mode.

According to the report, the station is open for passengers.

Police are investigating the explosion near the metro station “Shulyavska”. For safety bomb experts examined the surrounding area: there are no suspicious or dangerous items detected. The identity of the victim is established.

Also appeared the first photos from the scene of the explosion near the metro Kiev. The author of the photos went up the escalator when I heard the explosion. Like, if he’d risen a bit earlier, could be in the kill zone of the explosive device.