Western Ukraine has covered the rain: the lightning has killed the man, and the road went under water (photos, video)

The disaster has done a lot of harm in Rivne and Lviv regions, as well as in the Volyn region

Rains and thunderstorms that covered a number of areas in the West of Ukraine, and left without light 100 settlementsalso led to further flooding and casualties.

As the press service of the Main Department of Public service on emergency situations in the Rovno area, on the night of July 12 in several areas of impounded roads and private households.

In the regional center was also raining, videos which people have published online.

In the Rivne region of victims and injured as a result of bad weather there, but in the Volyn region as a result of rampant disaster killed a young man. According to “Aspirine”, the evening of 11 July, Gorokhovskiy district, lightning hit a 31-year-old man who was fishing on the pond. The man who tried to save other fishermen, but to no avail.

Element not spared and the Lviv oblast. So, from the evening of 11 July, rains was flooded roads in Novoyavorivsk.

And today, July 12, “floated” Bryukhovychi, as reported in the local public residents. 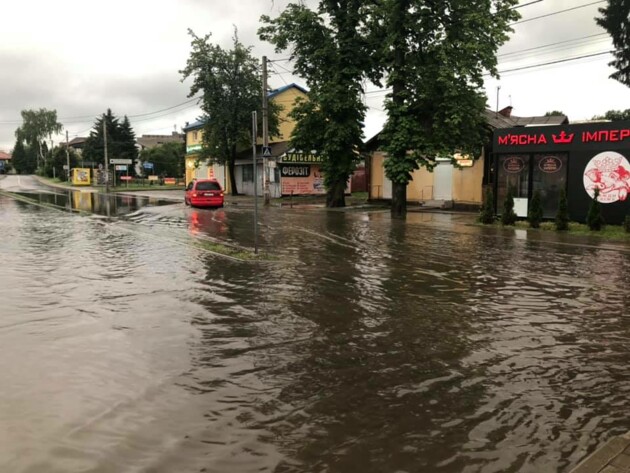 Recall that in gschs residents of Ivano-Frankivsk, Lviv, Volyn and Transcarpathian regions warned of rising water levels in rivers, as a result there will be new areas of flooding.

See story on how to escape meteodependent people: