Spider-man: the main contender for the Golden ball revealed to the world the incredible way push UPS

Polish Bayern forward Robert Lewandowski has shared an incredible way pushups. Video published by the known portal football jokes 444, proves once again that the forward of the Munich club is not just cool, but supercroc. Recall, on the eve Lewandowski was named the best player in the Bundesliga.

During your spectacular exercise Robert Lewandowski manages to keep the hands on the floor in between push-UPS, feet he climbs up the wall like a spider, turning into an almost vertical stance. Truly a champion agility!

Earlier, the us news portal Bleacher Report has presented its ranking of the best players after the resumption of the season in Europe, which was interrupted due to pandemic coronavirus. The first place it is Lewandowski in 10 matches, Bayern struck the gate rivals 12 times. 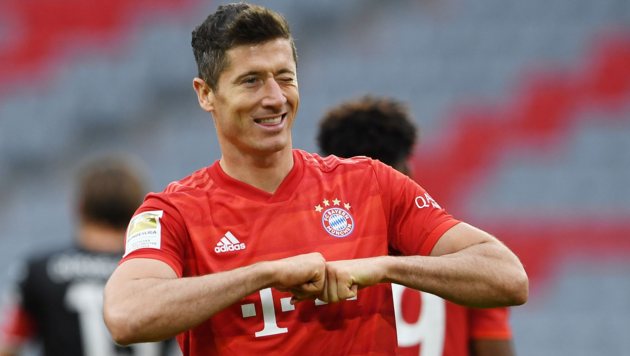 Also we were told that Lewandowski leads the ranking of candidates for “Golden ball” in 2020. The second position in the list is Cristiano Ronaldo, third is Kevin De Bruyne.