The quarantine project: as Kiev developers are working in pandemic conditions

Let’s remember the beginning of the pandemic COVID-19 and the ensuing quarantine. In a period swept all confusion and uncertainty. It so happened that the author of these lines had to be near the construction site of the LCD “New signings”. One note is that even when life in the city came to a screeching halt, the construction work did not stop.

When did the idea to see how the builders have passed that difficult time as the quarantine has affected the property development business, asked the group of the companies DIM, which is building the apartment complex. There, in response, invited the journalist to the site.

As the coronavirus changed approaches

Representatives of the company confirmed that the pandemic and quarantine have changed the approaches of both investors and developers.

“Regarding housing now more. Increased importance of some components of residential complexes. What was important though, but still complement, came to the fore”, – explains PR-the Director of group of the companies DIM Gleb Shemavnev.

During the quarantine people have experienced the importance of being close to nature. For the sake of walking in the shade of the trees didn’t have to go through half the town. Moreover, in public transport, taking into account the realities of “social distancing”.

Gleb Shemavnev illustrated new approaches on the example of the LCD “New signings”. Across the street from the under construction building features spacious Park “Victory”. Simply cross the street and you’re already in the Park alleys, under trees. 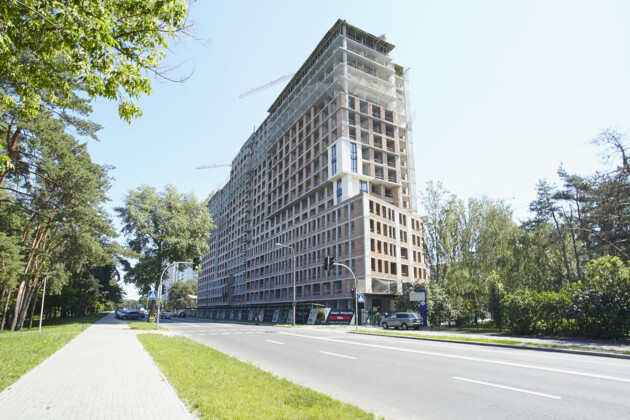 Changed the perception of the internal infrastructure of the residential complexes. Exceptionally important is the commercial component. That was “his” cafe, Bank, hairdresser. In this case, there is no need to go to crowded places.

For example, the closed territory with a thoughtful landscape design also gives the contact with nature and helps to avoid unnecessary contact. Yes, a barrier and protection from viruses will not protect. But on the local area residents only contact with neighbors, staff, and guests of the complex. The probability of infection is significantly reduced.

Or other aspect of the new reality. Cooperative long-term stay in a limited area causes nervousness and conflicts. While locked up, many of us realized that if the whole family to gather, work “on distance” becomes uncomfortable. The problem becomes home to arrange the party.

“Apartments have become a place of permanent residence. Otherwise, estimated now even the view from the window. Not to mention, standard or panoramic – in the wall, – says Gleb Shemavnev. – But if from such a panoramic window view over the Park almost to the horizon, then sitting at home easier to bear”.

Talking about the advantages of views are rising to the upper floors of a building under construction LCD “New signings”. By the way – there is a not just a sea of trees of the Park “Victory”, but apparently even the hills of Pechersk Lavra and. Just postcard view of Kiev!

The atmosphere of the construction site involuntarily forces you to switch to discuss production issues. To the conversation from time to time connected themselves builders.

It turns out, thought that the building became, arose. If the work is stopped, the restart costs a lot of money and effort. After all, the builders will soon find another job. Recruit new experts of different professions – still the same problem.

Another, not too prominent, but the most important aspect of the situation – the company did not allow a scenario in which the staff could remain without work, not to deprive people of a livelihood in a difficult moment.

“The No. 1 goal then became to preserve dynamics. Customers have to understand when I move into a new home,” – says Gleb Shemavnev.

My companion then lists the adopted measures. First, consider the requirements and security rules, announced by the Ministry of health.

This plan helped the specificity of the construction works. The staff works in small groups, dispersed throughout the territory of the object. That in itself reduces risk.

The meeting, which involved more than five people, went online.

Difficulties arose due to the stop of public transport. But to defuse the situation allowed as initiative, leadership, and the mood of their employees. Nobody wanted to lose their jobs, and the people organized themselves. Those workers who used personal vehicles, hauled colleagues.

Employees living in the suburbs, had the opportunity to spend the night in a dormitory near the construction site.

“Construction did not idle for a single day. To keep the pace of work. In addition, the quarantine we went with the supply of materials and components. It really helped at the beginning of the quarantine, when everyone was a little confused”, – say the representatives of the company.

Talking about how developers survived the quarantine continued in the sales Department. After a hot construction site and tanned in the wind and sun builders, the atmosphere is classic and cool office. And the head of sales LCD “New Autograph” by Julia Boyko can easily communicate with the journalist.

“In March, investors have suspended the search for apartments. The number of visits to sales fell by 50%. People were in no hurry to go to the viewings. We are persuaded, convinced that the visit is completely safe. For the doubters arranged online translation and consultation through all possible communication channels. Calls and communication via instant messengers is now a very much”, – says Julia.

The words of colleagues figures confirms Hleb Shemavnev. In March, the company lost 30% of transactions compared to the same period of 2019, In this was manifested the first wave of nervousness in society.

However, the group of the companies DIM persistently convince potential customers that there is no “catastrophe,” no, regularly showed that the construction work was carried out and conducted. Efforts were not in vain. In April recorded an increase of sales by 22% compared to the same period of 2019 And in may signed has 2.5 times more trades!

“In short, even the presidential election last year was more difficult than quarantine,” – says Gleb Shemavnev.