For the month LPG has risen on the hryvnia: what will be the price in July

In June, the price of fuel has increased due to the increase of demand and rise in price of oil. Experts told, what will be the price of petrol, diesel and LPG in July

From the beginning of June , the market prices of fuel in Ukraine grew both on petrol and on autogas. Experts attribute the increase in prices because the demand for fuel has increased, but also ran out of fuel, produced from cheap oil. What will happen to fuel prices in July, versed website Today.

Why fuel has risen in price

In Ukraine the prices of petroleum products – gasoline, diesel fuel depend on their cost in Belarus, Russia and Lithuania. More than half of the fuel exports accounted for these three countries. In Ukraine, not processed so much oil to these volumes affect prices. Therefore, a significant impact on the cost of automotive fuel has an exchange rate.

“We buy gas for currency, the state pays fuel taxes in the Euro currency, which in Ukraine does not go and is recalculated at the exchange rate of the national Bank. And then the operators are trying through the interbank market for the proceeds from the sale of hryvnia to buy euros to buy a new party”, – says Leonid kosyanchuk, the expert nefterynka.

When the national currency falls, then following the purchase of petroleum products cost the gas station more expensive, I have to raise prices.

The hryvnia in June stayed at the same level and even showed strengthening. Taxation for the month has not changed. However, the price increase influenced by the increase in demand for fuel after the quarantine and the fact that gas stations ran out of gasoline and diesel fuel produced from cheap oil in March. Now the filling do oil has risen in price oil.

“Fuel prices depend on oil prices and react about two months. The fuel produced from oil that was purchased in March, is over. From that time prices began to rise. In March, a barrel of oil fell to $ 20, now it went up to 40. While oil buy and sell, then transporterowych, Refine petroleum products and supply to filling, takes about two months. This creates a delay in the response of petrol prices, the cost of oil,” said Anton Zorkin, the head of the Energy sector Office of effective regulation.

But there is another component of this demand. The world is emerging from quarantine, more people are starting to use more active transport and to buy fuel, says Alexander Sirenko, an analyst with the consulting company UPECO.

“Why the more expensive fuel at the pump? Price increases occurred in the networks, which for March-may in the face of competition has fallen dramatically. Big players do not change prices in July,” – said Sirenko.

As for liquefied gas, in may the price sharply went to the mountain, said Sergei Kuyun, Director of “Consulting company A-95”.

“Indeed, the liquefied gas in a month has risen on the hryvnia. This was preceded by several reasons. In may the first signs of deficiency because of which prices have started to rise. Then demand stabilizes, but the price has not exhausted its potential for growth, so the operators gradually raise the price. But just recently, the price increase has stopped,” – says Kuiun.

What will happen to prices in July

Relative to gasoline and diesel, the situation is stable, said Sirenko. The last week quotes of oil ranged from a few percent, without jumping 10-20%.

“The reasons for the price increase and any movement down there. July we live in the same range as in June, unless there is a global event, such as quarantine,” – said Sirenko. 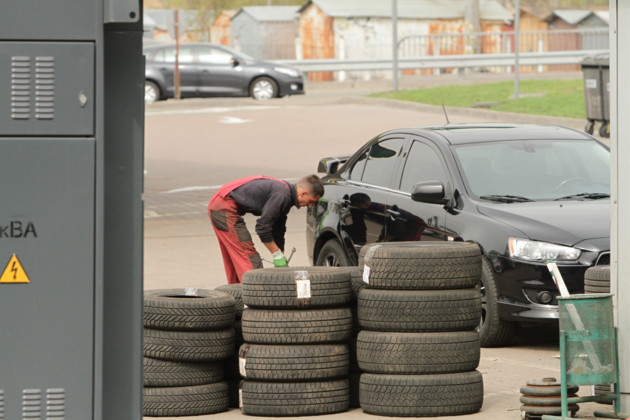 Anton Zorkin, in contrast, believes that the price of gasoline and diesel fuel has not yet reached its mark. So prices will continue to rise.

“If oil prices stay at around $ 40, the price of gasoline after a two-month halt. While it will grow”, – said the expert.

Liquefied natural gas is already stopped at a price. Operators understand that autogas is already expensive, says Sergey Kuiun. The more supply chains are stable. Most of the market – 60-70% – provides long-term contracts. Supplier in any case deliver, and the market is quite stable. In the nearest future the price may start descending and it is already happening at the level of wholesale prices.

“About a week, we are at a turning point, and it is unclear how price will behave. Now for the price drop for the hryvnia of the potential there. Today we see signs that the price will remain stable. However, if the price will continue to fall in Europe, then with a delay of two weeks in Ukraine will decline, too,” – says Kuiun.

The “Today” wrote that Ukraine has been faced with unexpectedly low inflation, and this trend may persist until the end of summer.

As for the new harvest in Ukraine may increase technique, see the news story “Today”: