What will change for users.

Google Chrome, despite its enormous popularity around the world, has one significant disadvantage – excessive memory usage that causes a strong “brake” in the Windows operating system. But it seems the suffering of the users will come to an end – Google has found a way how to fix it, reports the Chronicle.info with reference for Today.

Microsoft recently released the may update of Windows 10 20H1 (version 2004) introduced a number of new features and settings, including the optimization of the consumption of memory for heap applications. For example, the Microsoft Edge now uses a new approach, called Segment Heap, and, according to technical experts from Redmond, in the interior test memory usage in Edge was reduced by 27%. Google has adopted this method and is currently working on a similar implementation for Chrome.

As was recently noted by a Google engineer, the Chromium team in Chrome adds an optimization that will encourage the browser to use a new algorithm to Segment the Heap. The developer notes that the Windows are initially set up for the server workloads where the bandwidth is above everything. However, due to the multiprocess architecture of Chromium, the amount of memory was an obvious problem. 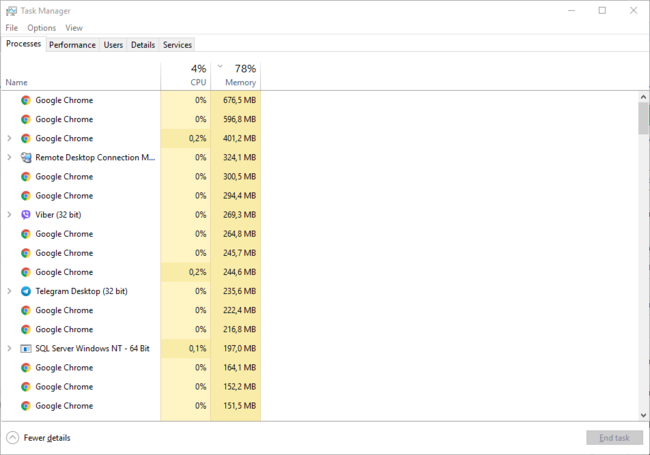 At the moment, no word on when these improvements will appear in Google Chrome for Windows 10 (2004), but more detailed information will be provided in the near future. Also note that the problem of “gluttony” to the memory was previously present in Mozilla Firefox before its transition to the Quantum engine.