Occupation education: why Ukraine is losing students from the Crimea and ORDO

Until last year the number of applicants from Crimea and Donbas in Ukrainian universities grew, but even with a simplified procedure for admission graduates are faced with bureaucracy

This year in the Crimea and ORDA graduate students, which at the time of the occupation was 11-12 years old. Now they choose where to enroll in Ukrainian universities, or local Russian. In Ukraine, they can enter without a passport, certificate and EIT. For admission you must pass an exam in Ukrainian language and Ukraine’s history.

However, the figures show that in Ukrainian universities is not received and a tenth of graduates from Crimea and ORDO.

School graduates from the occupied territories in Ukraine do not need a passport, certificate and EIT. It is possible to go through the centers of the “Crimea-Ukraine” and “Donbass-Ukraine”. Such centers operate under universities and colleges and we work exclusively with entrants from the Crimea and ORDO.

Until last year the number of applicants from Crimea and Donbas in Ukrainian universities grew, says Svetlana Kretovich, head of the main Directorate of higher education, Ministry of education. Last year, through the educational centers enrolled in College 1600 entrants from the occupied Donbass and 265 from the Crimea.

A lot or a little? According to the data published in the occupied territories in the Crimea this year we graduated more than 10 thousand graduates, in ORDO – 18 thousand.

But there are still students who are studying remotely in Ukrainian schools and then arrive at a common basis for testing. However, the number of such students is not tracked, said Kretowicz.

“These applicants are studying remotely from the occupied territories, pass testing and come into any educational institution in Ukraine. This number cannot be tracked, because not all applicants disclose your registration and want to know about it,” says Svetlana Kretovich.

Education in Ukraine for the residents of the occupied territories a government hotline 0800 504 425. 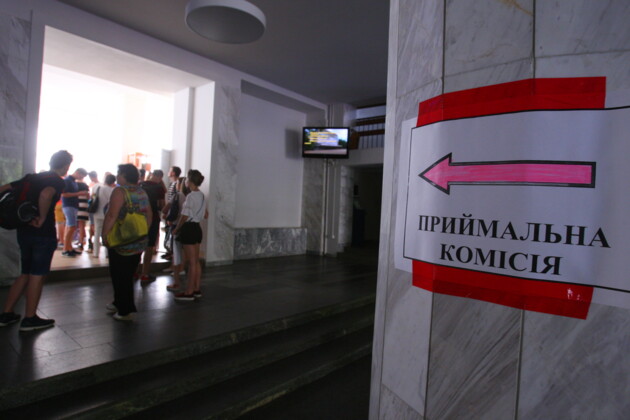 To act according to simplified conditions, it is necessary:

Despite the simplified conditions, entrants from the occupied territories still face problems when applying.

“I was really interested in the Ukrainian education. I have looked through the website mon, found out the phone number and address of the educational center “Krym-Ukraine”. And as the time came to deal with documents, and began the most interesting,” says the entrant from the ARC of Osman Jalilov.

Krymchanin Osman Jalilov after graduation immediately decided to enroll in a Ukrainian University. Before applying to University in Kiev, Osman two years he was self-educated and worked in an advertising Agency in Simferopol. By chance from a friend boyfriend to find out about opportunities to study in Ukrainian Academy of leadership. This 10-month educational program that helps to find a school graduates its purpose and to choose a profession. So the guy was first a student of the ADDITION, and after graduating from the Academy decided to get higher education in Ukraine. Osman started to collect documents for admission in Taurida national University. Vernadsky, who, after the annexation of the Peninsula “moved” from Simferopol to Kiev.

“It appeared on the official websites of the University and the Ministry of education was not specified a full package of documents for admission to the University. On arrival I had no help IDPs (internally displaced persons. – Ed.). No documents and evidence failed to convince the officials that I lived in the Crimea for most of my life. Fortunately, I had help IDPs, issued in Kharkov, and I got her not quite correct way (no, it’s not a bribe). Since I did not have IDP status Kyiv and Kharkiv did not fit – I was left without a scholarship,” says Osman Jalilov.

“The long-awaited Monday, I went to take the test on the Ukrainian language. In fact, it was a dictation and a rating for it counted and for the Ukrainian language and literature. I once wrote on six points and went pass “History of Ukraine”. As I studied the educational program of the Russian Federation and the Ukrainian program is limited, and I not even focused in key dates. I got on the history of four points. This result and the problems with the reference IDPs, housing was another reason for my love for Ukraine turned to dislike,” says Jalilov.

After the exams krymchanin went home to wait for a result. Under the law, the surname and name of applicant should have been encrypted, so on the receipt is not recognized in Russia. But according to Osman, all information about yourself as the applicant he easily found online.

To get from the Crimea to Kiev, too, was not easy. To buy a ticket on the website of “Ukrzaliznytsya” Osman could not have asked friends from mainland Ukraine again to help.

“But where is the assistance from the state? At least some kind of information support for logistics applicants still need” – outraged Osman Jalilov.

No strategy – no entrants

“On the Ministry’s website has all the information about the entry for entrants from Donbass and Crimea, as well as distance learning of the Ukrainian language. Access to the occupied territories we have, but we work via the Internet tools to convey information to applicants. Also we have registered the order on the study of Ukrainian subjects for students from the occupied territories. That is, when they become students, you can improve your Ukrainian language, history of Ukraine and so on” – so we were told in the Ministry of education on the question of whether the Agency’s strategy of attraction of entrants from the Crimea and ORDO. 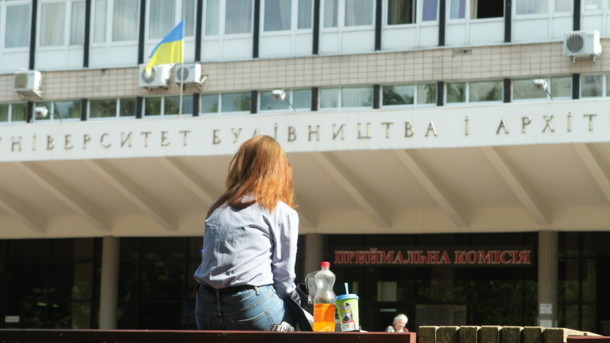 In fact, information about opportunities to learn, just don’t get it in the occupied territory, says Oleg Obridko, an analyst at the Center for civic education “Almenda”. Before the occupation “Almenda” was in the Crimea and was engaged in the protection of human rights. The organization now provides legal support to migrants and those who remained in the occupied Peninsula.

“All the information on the receipt is distributed to the Crimean people in Ukraine, but misses to the Peninsula. What we’re trying to do as a public organization – is not enough. We do not have such opportunities to seriously go to the Crimea. Transitions sometimes receive information and sometimes not. At the time we placed huge banners on the checkpoints,” says Agradeco.

Six years students are under a serious informational influence of the occupation authorities. There were cases when classmates from the Crimea met in Kiev, and only then learned about the plans of each other to enter the mainland Ukraine, said Agradeco.

Osman Jalilov said that the discussion on University admission was usually at the family level.

“At school, the topic of education in Ukraine has not been raised… although from friends often heard how someone went to study in Kiev”, – said Osman.

The second problem is with the universities and colleges themselves. 1 Mar educational centers had to publish all the information on the receipt. But even now not all it is, says human rights activist.

Lack of financial support at the time of admission. Unfortunately, often doesn’t work right for free accommodation in hostels. Not all families can incur financial costs, says Irina Zhdanova, Executive Director of the Foundation “Open policy”.

Also not enough preparatory departments for students from the occupied territories.

“I think we need to change the law and open a preparatory Department for students from the temporarily occupied territories that they were received without examination, year intensively studied for these courses, then came after training. This will solve the issue that Ukrainian language and Ukrainian history is not taught in the temporarily occupied territories or are taught distorted”, – said Irina Zhdanova.

However, during these four years in Ukrainian universities received more than 5,300 graduates from the occupied territories, said Irina Zhdanova. The number will continue to grow as there are success stories of those who have received education in Ukraine.

“The dynamics for the applicants from the temporarily occupied territories from year to year shows growth. Increasingly. But problems also greater. The applicants who come to us for a year longer remain in the occupation. And it’s a different environment, a different relationship between people. What we face is the adaptation of students to the conditions of life of Ukrainian society. But kids go on their own, find through the centers of the “Donbass-Ukraine”, come by themselves or with their parents, which is also very interesting. If you take General trends, they are better every year,” commented Rostislav Podolsky, acting rector of the Luhansk agrarian University in the city of Starobilsk.

In Ukraine this year were the graduation and recent calls, see the news story “Today”: