VNO-2020: who was released from testing

Without a mask to testing unable to avoid, and some applicants will need a certificate from the doctor

External independent testing (EIT) will take place, though not for all, as planned. Thursday, June 25, the students will pass the first subject is math. All participants will measure the temperature and check for symptoms of respiratory disease.

For whom canceled EIT

Mcqs this year made optional. Pupils, pricehov and College students freed from the State final attestation, which is conducted in the form of mcqs. Evaluation for testing had to go in a certificate as the state exam.

It is this category of students Parliament exempted from testing, to be exact – was allowed to take at will.

Those who will not pass the state exam in the form of the EIT, will receive a certificate marked as “released”.

Wishing to obtain the assessment in the certificate can pass the exam in the form of mcqs. For this it is necessary to write the application addressed to the Director of your educational institution. This is stated in the explanatory letter of the Ministry of education.

For the medalists, the Ministry of education has made concessions and was not allowed to pass the exam, although in normal circumstances based on the state – required.

Those who refuse to pass the state exam, the certificates must be issued in the coming days. And those who will pass the test will receive a document after the announcement of the results.

“The law signed by President Vladimir Zelensky, free from the State final certification in any form students who completed full General secondary education in the 2019/2020 academic year. At the same time, graduates are eligible to pass the assessment on their own. For the use in the form of mcqs created a safe environment, participants and instructors secured means of protection”, – quotes the acting Minister of education Lubomir Manzi the press service of the Ministry. 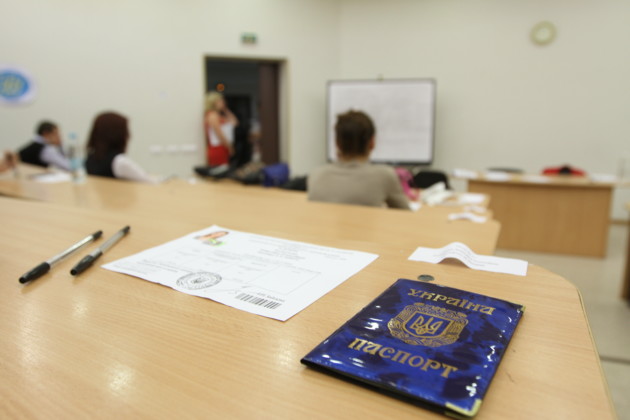 According to the Ukrainian center of educational quality assessment, this year the UPE has registered 379 493 participant. Only 55,7% of them are graduates of schools this year. The third is the disciples pricehow and 11% of alumni and students.

“Not all of them are going to enter higher educational institutions. For them, taking GIA is not basic, as a young man, and so will receive a certificate of complete secondary education. What they should be exempt from the DPA this year”, – said the Ombudsman for education Sergey Gorbachev.

According to him, this will reduce the number of people in points of testing and in the classroom, and also reduce the load on public transport.

Mcqs in masks and antiseptics

This year, without a mask on UPE will not allow, and at the entrance everyone will measure the temperature.

Come to the point of testing should be on schedule. In the electronic office UPE prompted, which will indicate in what period of time must come to the point of testing. This is done to avoid congestion of people. By the way, the police will be present at the checkpoints and control the distance between people. The EIT is impossible to approach to each other and to the employees of the test site closer than 1.5 m.

In front of the point of testing the health care provider will measure temperature and to check the absence of signs of respiratory disease. If participant set will be fever above 37.2 – it will not allow to be tested. At the entrance it will be necessary to change the mask, it will be given for free. 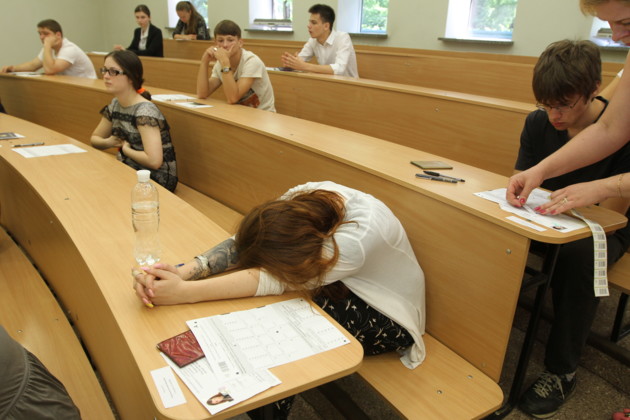 If participant set will be fever, he will be able to test for additional sessions. To do this, within five days after testing to apply in the regional center of estimation of quality of education. An example of the application and documents can be found on the website of Centre of educational quality assessment.

If the participant contrib fever is a physiological feature, or if it is a chronic disease that has similar symptoms with SARS, then it is necessary beforehand to take help from a family doctor about this disease. This certificate must show the health care provider at the testing site.

After measuring the temperature needed to pass verification. At the entrance we have to show an identity document, certificate of participation in the EIT and the invitation pass. By the way, documents the application of the “Diya” or copies of documents are not recognized.

In the audience, where it will undergo testing, the distance between the participants must be not less than 1.2 m On the table can be a spare mask, hand sanitizer, water, helium black pen.

Earlier Zelensky has announced an important law for graduates of schools of Donbass and the Crimea.

How to pass UPE, see the news story “Today”: