TOP world cities with the biggest traffic jams: Kiev caught up with Jakarta and Bangkok

Also entered the Odessa, Kharkov and the Dnieper river

Kiev has worsened position in the ranking of world cities with the biggest traffic, ranked 12th according to a study of road traffic TomTom for 2019. Note that ranking in 2018 Kyiv was ranked 13th.

According to published reports, Kiev is overloaded with traffic by 53%. Thus, the city drivers spend 53% more time to travel the roads of Kiev. While earlier the congestion index was at 46%.

Traffic jams Kiev ahead of Jakarta and Bangkok, which are also overwhelmed by 53% in traffic, however, the same rate as they were before.

The top ten world city with the biggest traffic jams were: 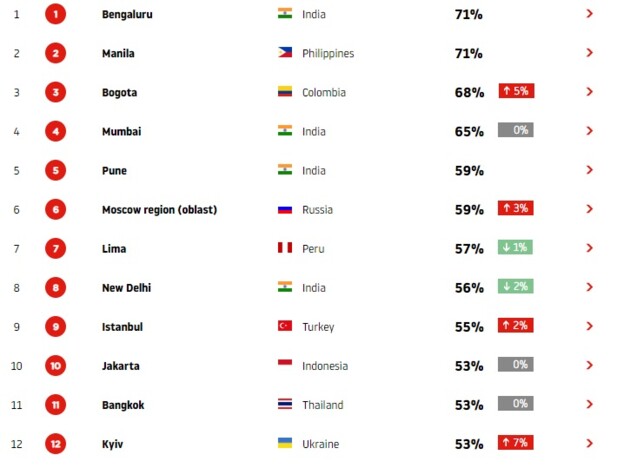 Earlier, the mayor of Kiev Vitali Klitschko posted a video on routes with “green wave” movement in the capital, which can help drivers to move faster through the city, saving time and fuel.

Earlier the adviser of the mayor of Kiev Vitali Klitschko Maxim Bakhmatov and the website of “Today” live decided to find out what is happening with the traffic jams in Kiev.