The beginning of the match

After a long pause related to the pandemic coronavirus in Europe, gradually in the arena back to the football. Saturday, June 13, at “Stadio San Paolo” in Naples is a reciprocal semifinal match of Italian Cup between the teams of “Napoli” – “inter”. The meeting will begin at 22:00 Kyiv time. We are online this confrontation. Where to watch “Napoli” – “inter”: the list of broadcasts

Candreva almost put inter ahead on aggregate. The winger entered the penalty area and from the soul ripped into the first corner, Ospina saved.

Meanwhile, the first half is gradually coming to an end. We note a rather equal game.

Mertens tried to spin into the far “nine” from outside the penalty area. Overdid it a bit Belgian.

De Vrij has won a second yellow card in the squad of inter.

Barella hoped that the partners to respond to his submission to the penalty, and turned a pass to nowhere.

And again, the danger at the gate Napoli came from the right flank. Candreva gave the penalty, but the Neapolitan defense barely strayed.

DANGEROUS! Ospina saved a goal after a shot by head in the performance of Lukaku. The Belgian struck from close range following a filing.

Insigne decided to try their luck with a long shot. The ball lazily rolled close to the far post. Handanovič didn’t even try to react to the shot.

Brozović played on the rebound after a pocha from a corner. The ball after blow of the Croat whizzed a few inches from the far post.

Napoli became more attacking. As a result, its not currently used Mertens. The Belgian walked away from custody with a penalty corner shot at goal. The ball hit the leg of Bastogne and went out for a corner.

MOMENT! Protection of inter nearly brought an own goal. Followed by a pass back to the goalkeeper, Handanovicha caught up with the pressure from Politano, in which he fell, knocking the ball but to finish off the football field in an empty net no time.

Eriksen picked up the ball on the penalty, but to take a powerful shot from an acute angle he failed – Ospina on the spot.

Mertens free-kick struck the defensive wall, the rebound was also not successful.

Bastogne had stopped on the lawn Insigne near his own penalty area. Threat standard for Napoli.

DANGEROUS! Candreva took the ball under his left foot and fired over the crossbar from outside the penalty area.

While the teams play on the counter – without a midfield.

Yang knocked Politano in the center of the field. The arbitrator awarded the British yellow card.

Inter continued pressing on the gates of Napoli. Nerazzurri attack mainly through the right flank. In fact, effective corner was earned after a cross from the right flank.

A cheerful start! Recall that the score is the sum of two meetings 1:1.

Napoli earned a corner. Followed by submission to the line goalie, there played confidently handanovič.

GOOOOOOOOOOL! ERIKSEN spun “dry leaf” in the gates of Napoli. Ospina grossly mistaken, passing the ball between your legs.

Napoli from the first minute rushes to the attack. Insigne tried to break down the flank, but was stopped candreva.

The beginning of the match

We will remind that the first match between “inter” and “Napoli” took place four months ago, on February 12. Then in Milan were stronger than Napoli, who won a victory with the account 1:0 thanks to a goal by Fabian Ruiz. However, the intrigue in this pair continues. And considerable.

Note that the first finalist of the Cup of Italy was Juventus, on the eve played on the home field with Milan draw 0:0. The Turin side went through thanks to the away goal in game four-month-old (1:1).

Training Napoli before the game against inter

Training of “inter” before the game with Napoli

The arrival of inter in Naples 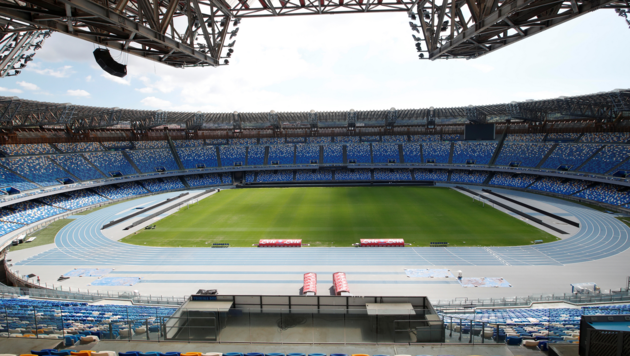 Forecast for the match “Napoli” – “inter,” June 13. Analysts bookmakers believe a slight favorite of the match the guests – on a victory “Intera” in the main time set a factor of 2.55, on the victory of “Napoli” – 2.85, the draw is 3.40. Most likely due to the results of regular time called 1:0 in advantage “Intera” (odd – 8.30): in this scenario, the teams will enjoy extra time and penalties.

However, more chances of an exit in the ending of this pair provide all the same “Napoli”. On their pass set a factor of 1.44, whereas for the passage of the inter – 2.95. The percentage is – 67% 33% in favor of the Neapolitans.

See how “inter” before the quarantine was lost in Serie A against Juventus: