“Gusev from the backpack pulls out a beer. Shevchenko got wind of it, runs…”: Milevsky remembered the case in the team

Famous Ukrainian football player Artem Milevsky in the broadcast on your Youtube channel reminded me of a story from the life of the national team of Ukraine to Euro 2012. Recall that today – exactly eight years to the first match of Ukraine in the European Championships, in which Andriy Shevchenko scored a brace and brought our team to victory over Sweden with Zlatan Ibrahimovic.

“The European championship 2012. Before the start we are flying with their wives for seven days in Turkey. The heat may. Wife sat in front and we in the gallery, who cards. Hot. Oleg Gusev from the backpack pulls out a beer. Then Shevchenko got wind of it, runs to the end of the salon: “What are you doing?”. Even with that accent. Takes a beer from Anatolich and gives the flight attendants. And leaves. 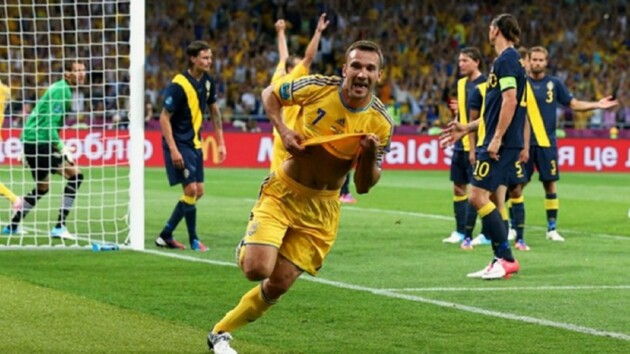 Sheva scored twice for the Swedes at Euro 2012

Anatolich gets from his backpack another and asks: “Who else would?”. I say, “Come here.” We have put together sit. Then Sheva comes back. Again took. And so it was four times.

You arrive in Turkey, and Oleg Blokhin says that we have three days off, and he never wants to see us. Beauty,” – says Milevsky.

Earlier we wrote that Shevchenko remembered the day when he scored two goals for the Swedes at Euro 2012 and came with his wife in an accident. “It was unforgettable,” said the owner of “Golden ball”. And received from his ward “biceps”.