“Bavaria” became the second finalist of the German Cup

“Bavaria” defeated “Eintracht” in the semifinal match of the German Cup and made it to the main match of the tournament, where they will compete with Bayer, who yesterday defeated the leader of the South West regional League “Saarbrucken”.

Bayern opened the scoring after a beautiful head kick in the performance of Ivan Perisic already on the 14th minute. In the middle of the second half Danny Da Costa reduced the score but five minutes later Robert Lewandowski again brought the hosts ahead. This score remained until the final whistle. We conducted an online match “Bavaria” – “Eintracht” with a detailed description of all the key points.

Bayern in the 23rd time will play in the final of the German Cup. 19 times they won a trophy, four attempts were unsuccessful. Their future rival Leverkusen only three times played in the final, and the victory was celebrated only in 1993 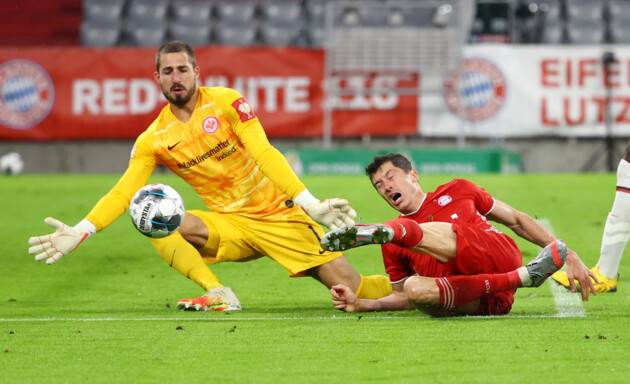